As we listen deeply to the language of Life and live according to a higher sense of purpose with love and care we contribute to the creation of a better world.  To quote Pir Vilayat Khan, “The Universe is evolving towards an even greater destiny and we are the means of this global transformation.” 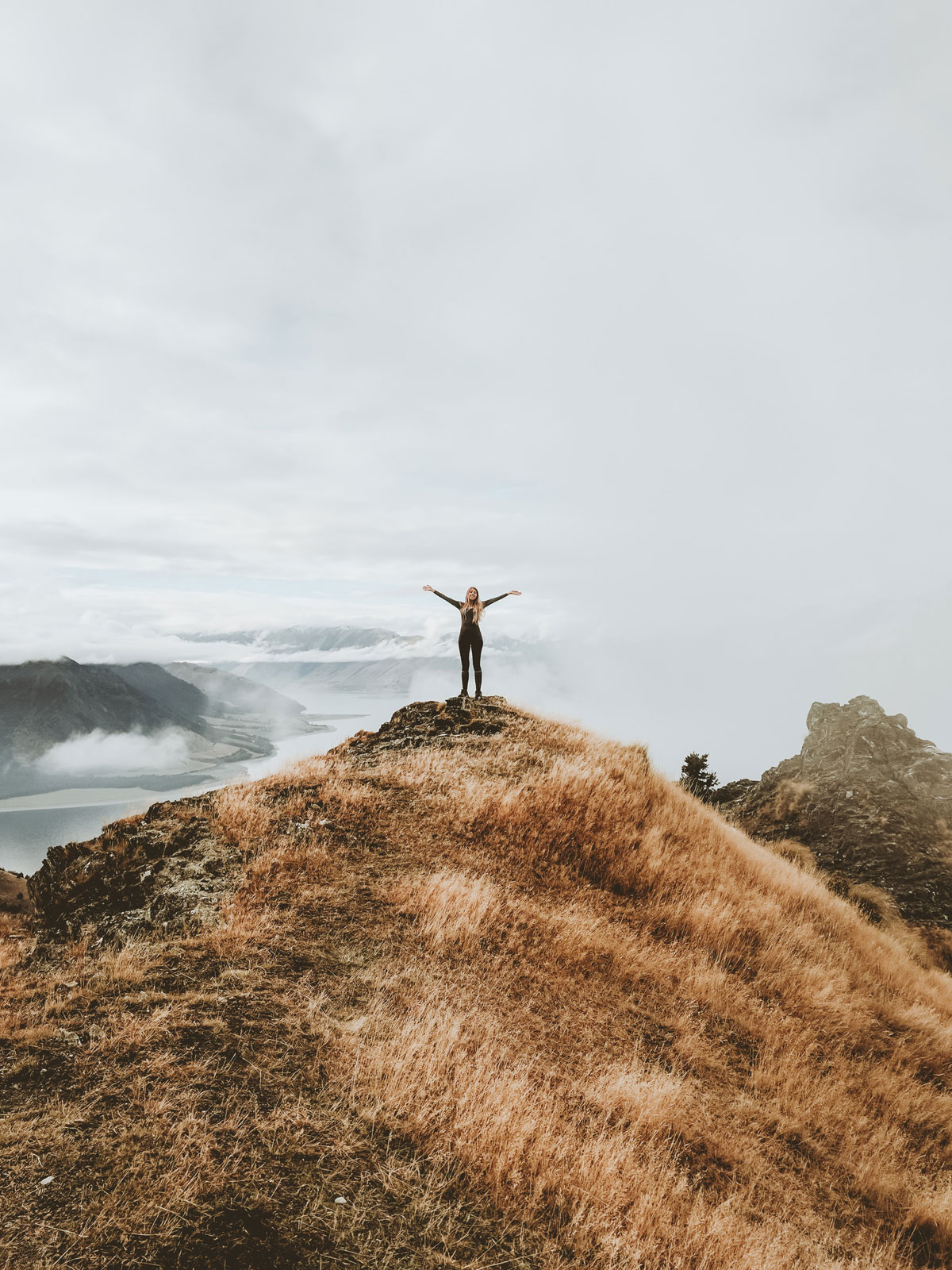 These warm and engaging talks bring together a fusion of the deepest wisdom with inspired activism to influence every aspect of society from lifestyle and culture to economics and politics. Weaving together the mystical heritage of East and West, cultivating soul through a deepening spirituality, these voices inspire and guide us as we shape our world.

We hear the importance of what Thomas Moore calls a “restoration of a Venusian sensibility and an Epicurean delight in the deep joys in every day relationships and experiences.”

Part 1 · Cool Heroism – Response to Our Crisis of Violence

Tenzin ROBERT THURMAN is the Jey Tsong Khapa Professor of Indo-Tibetan Buddhist Studies at Columbia University, holding the first endowed chair of Buddhist Studies in the United States. He is the author of the bestseller Inner Revolution, as well as Anger, Infinite Life: Awakening to Bliss Within, and other popular books. He is also a translator of Tibetan texts. He serves as co-founder and president of Tibet House US, a nonprofit organization dedicated to preserving the endangered culture of Tibet.

“We need cool heroes today—We don’t need hot heroes. By cool, I mean non-violent; I mean those who can be forceful, intelligent, just, and insightful, and speak up loudly and clearly but without getting angry—without indulging in hatred.

“People are afraid that if they let go of their anger and righteousness and wrath, and look at their own feelings—and even see the good in a bad person—they’re going to lose the energy they need to do something about the problem. But actually you get more strength and energy by operating from a place of love and concern. You can be just as tough, but more effectively tough. It’s like a martial art.”

HUSTON SMITH (1919-2016) is a national treasure. His life is an extraordinary adventure. Smith, the man who brought the world’s religions to the West, was born almost a century ago to missionary parents in China during the perilous rise of the Communist Party. Smith’s lifelong spiritual journey brought him face-to-face with many of the people who shaped the twentieth century. His extraordinary travels around the globe have taken him to the world’s holiest places, where he has practiced religion with many of the great spiritual leaders of our time.

Huston Smith is Thomas J. Watson Professor of Religion and Distinguished Adjunct Professor of Philosophy, Emeritus, Syracuse University. For fifteen years he was Professor of Philosophy at M.I.T. and for a decade before that, he taught at Washington University in St. Louis. Most recently he has served as Visiting Professor of Religious Studies, University of California, Berkeley. Holder of twelve honorary degrees, Smith’s fourteen books include The World’s Religions which has sold over 2 ½ million copies, and Why Religion Matters which won the Wilbur Award for the best book on religion published in 2001. In 1996 Bill Moyers devoted a 5-part PBS Special, BILL MOYERS: THE WISDOM OF FAITH WITH HUSTON SMITH, to his life and work. His film documentaries on Hinduism, Tibetan Buddhism, and Sufism have all won international awards, and The Journal of Ethnomusicology lauded his discovery of Tibetan multiphonic chanting as an important landmark in the study of music.

PIR VILAYAT KHAN (1916 -2004) was the eldest son and spiritual successor of Sufi master Hazrat Inayat Khan. Serving as head of the Sufi Order International, Pir Vilayat incorporated the mystical heritage and scholarship of both East and West into his teachings. An internationally recognized spiritual teacher, he organized dozens of international inter-religious conferences and brought together spiritual and scientific leaders in dialogue.

Pir Vilayat Inayat Khan’s last book The Ecstasy Beyond Knowing: A Manual of Meditation is a very important summing up of a life and a movement, a vast and unique wedding of mysticism, meditation, and inner science. It is a wondrous and deeply impressive personal compendium of a Sufi Master’s life of study and contemplative experience. It was our honor to have presented the summation of Pir Vilayat’s life work at The Great Rethinking Prophets Conference Oxford in 2003, his final large public presentation.

On hearing of Pir Vilayat’s passing, His Holiness the Dalai Lama wrote, “I have much admiration for him. His passing is a great loss, especially for those who not only follow the spiritual path but also believe in tolerance for other religious traditions.”

THOMAS MOORE is the author of the bestselling book Care of the Soul, Twenty-fifth Anniversary Ed: A Guide for Cultivating Depth and Sacredness in Everyday Life and fifteen other books on deepening spirituality and cultivating soul in every aspect of life. He has been a monk, a musician, a university professor, and a psychotherapist, and today he lectures widely on holistic medicine, spirituality, psychotherapy, and the arts. He writes regular columns for Resurgence, Spirituality & Health. Much of his recent work has focused on the world of medicine, speaking to nurses and doctors about the soul and spirit of medical practice.

“Hidden beneath the conflicts and divisions of modern culture is a profound fear of life. This anxiety finds expression in both exaggerated images of sex and in various kinds of repression. What is needed today is the restoration of a Venusian sensibility and an Epicurean delight in the deep joys and everyday relationships and experiences. We badly need grace, mutual appreciation, and humor. Spiritual movements often overlook the sensual layer of life, thinking that virtue somehow stands in austerity and self-denial. This presentation is an appeal for grace and beauty as antidotes to conflict and violence.”

DADI JANKI at the age of 100, continues to enlighten and inspire over one million students from around the world. Born in 1916, she is the active Spiritual Head of Brahma Kumaris. With unshakable conviction, she refuses to set limitations for herself through her tireless service to others. She has been thus engaged since 1937 and also spent 40 years based in London from 1974. She has inspired individuals of all cultures and professions to live according to a higher sense of purpose and to contribute to the creation of a better world. Deep and insightful, she is an absolute joy to listen to and observe.

Recorded at: What The Bleep Do We Know!? Prophets Conference Miami, Florida with Sister Jayanti translating

Part 6 · Rumi: The Music Of Our Meeting

COLEMAN BARKS was born and raised in Chattanooga, Tennessee, and was educated at the University of North Carolina and the University of California at Berkeley. He taught poetry and creative writing at the University of Georgia for thirty years. Coleman Barks is the author of numerous Rumi translations including The Essential Rumi and he has been a student of Sufism since 1977. His work with Rumi was the subject of an hour-long segment in Bill Moyer’s The Language of Life: A Festival of Poets series on PBS (1995).

“I wait beside these poems with a kind of heart-listening. And it feels right to acknowledge that although I am working on the words of an enlightened being, I am not one. If I were in the station of Rumi and Shams, I’d probably be spontaneously making my own anonymous poetry. I’m not the cook, more a strangely elated waiter bringing out dishes. I hope I am at times to be the empty screen on which Rumi’s joy and grief can play. These poems are beyond me. That’s why I love working on them. They draw me where I have to go.”

MARIANNE WILLIAMSON is a spiritual activist, author, lecturer and founder of The Peace Alliance, a grassroots campaign supporting legislation currently before Congress to establish a United States Department of Peace. She is also the founder of Project Angel Food, a meals-on-wheels program that serves homebound people with AIDS in the Los Angeles area. She has published numerous books, four of which are New York Times #1 bestsellers including A Return to Love: Reflections on the Principles of “A Course in Miracles.”   She has been a popular guest on television programs such as Oprah, Larry King Live, Good Morning America, and Charlie Rose.

“Our deepest fear is not that we are inadequate. Our deepest fear is that we are powerful beyond measure. It is our light, not our darkness that most frightens us.’ We ask ourselves, Who am I to be brilliant, gorgeous, talented, fabulous? Actually, who are you not to be? You are a child of God. Your playing small does not serve the world. There’s nothing enlightened about shrinking so that other people won’t feel insecure around you. We are all meant to shine, as children do. We were born to make manifest the glory of God that is within us. It’s not just in some of us; it’s in everyone. And as we let our own light shine, we unconsciously give other people permission to do the same. As we’re liberated from our own fear, our presence automatically liberates others.”

Part 8 · Mystical Activism and the Transformation of the Planet

ANDREW HARVEY is one of the most important teachers of our times for his extraordinary capacity to marry the deep mystical teachings of our essential unity with awakened action. Sacred Activism is the yoga of the now, it inspires and guides our way into the challenge of rebirth and great awakening. In his bestselling book The Hope: A Guide to Sacred Activism Andrew offers not only a guide to discovering your divine purpose but also the blueprint for a better world.

Unite your mystic’s passion for God with your activist’s passion for justice to ignite the “third fire” in your life, and participate in the profound transfiguration that humanity is destined for. True love of the Divine’s presence in others, when expressed in wise, compassionate action, leads not only to lasting inner joy but also to a profound transformation of outer reality. When the inner joy of compassionate service is married to a practical and pragmatic drive to transform all existing economic, social and political institutions, a radical and potentially all-transforming holy force is born. This is the radical force of Sacred Activism. A Sacred Activist is someone who is starting to experience the inner joy and outer effectiveness of this force, who knows that the profound crisis the world is in is challenging everyone to act from our deepest compassion and wisdom, and who is committed to being, in the face of growing chaos, suffering, and violence, what Robert Kennedy called “a tiny ripple of hope” and “a center of energy and daring.”