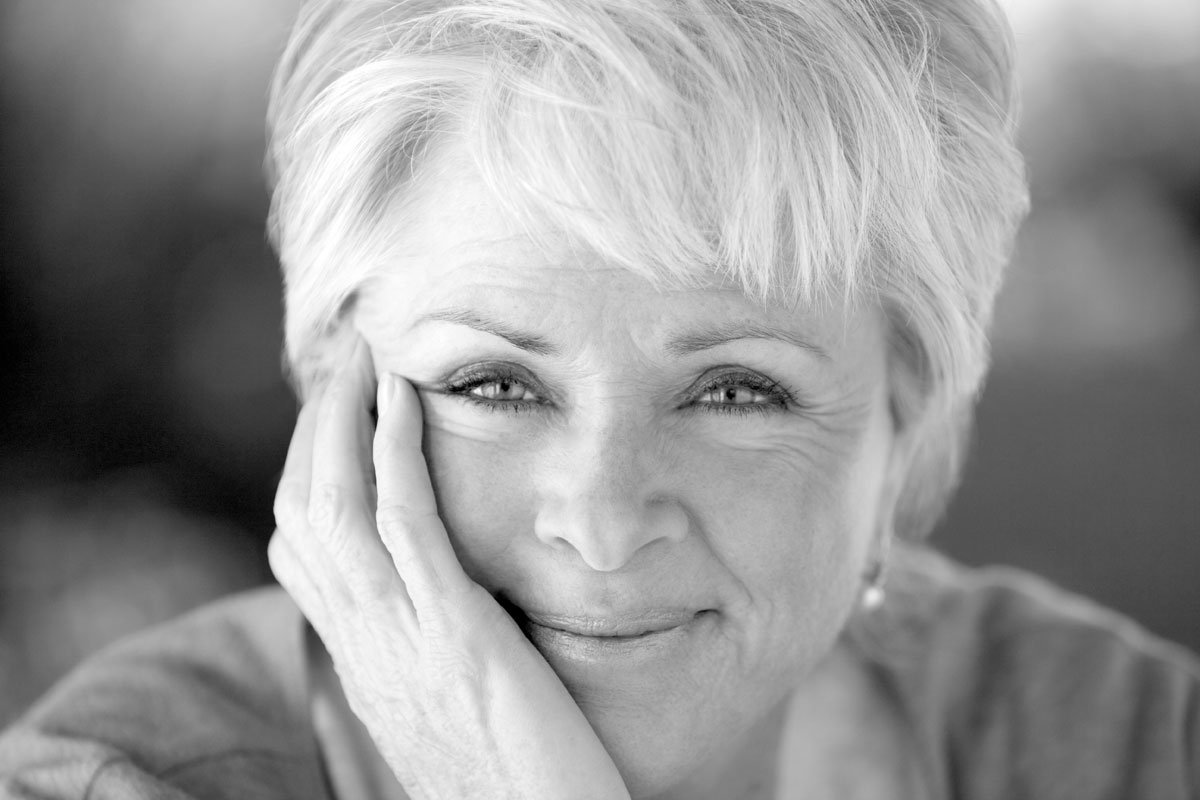 “I discovered that when I believed my thoughts I suffered, but when I didn’t believe them I didn’t suffer and that this is true for every human being. Freedom is as simple as that. I found that suffering is optional. I found a joy within me that has never disappeared, not for a single moment. That joy is in everyone, always.  And I invite you to not believe me. I invite you to test it for yourself.”  —Byron Katie

Meeting Your Thoughts with Understanding

My husband told me about Socrates. Socrates said, “If I’m wise, the only reason is that I know I don’t know.” I love that! I love that Socrates helped people question their beliefs, and that when the time came for him to drink the hemlock, he did it cheerfully. He wasn’t scaring himself or making himself sad, like his dear, unconscious disciples, by projecting a non-existent past onto a non-existent future. He wasn’t identifying with a body. When mind leaves the body, we throw it in the ground and walk away. He understood that whatever happens, reality is good. That would bring cheer to anyone’s heart. I don’t know a thing about his philosophy, but Socrates seems to me like someone who was loving what is.

When your heart is cheerful and at peace, it doesn’t matter what you do or don’t do, whether you live or die. You can talk or stay silent, and it’s all the same. Some people think that silence is more spiritual than speech, that meditation or prayer brings you closer to God than watching television or taking out the garbage. That’s the story of separation. Silence is a beautiful thing, but it’s no more beautiful than the sound of people talking. I love it when thoughts pass through my mind, and I love it when there are no thoughts. Thoughts can’t ever be a problem for me, because I have questioned them and seen that no thought is true.

If you learn to meditate, the mind becomes quiet, you can become very calm, and then it can happen that when you’re back in your ordinary life and you get a parking ticket, wham! you’re upset. It’s easy to be spiritual when things are going your way. When thoughts are simply observed and not investigated, they retain the power to cause stress. You either believe your thoughts or you don’t; there’s no other choice. They’re like someone whispering to you; you aren’t really listening, so you don’t react. But if you hear that person loud and clear, you can’t disregard what he’s saying and you may react to it. With inquiry, we don’t just notice our thoughts, we see that they don’t match reality, we realize exactly what their effects are, we get a glimpse of what we would be if we didn’t believe them, and we experience their opposites as being at least equally valid. An open mind is the beginning of freedom.

You can’t let go of a stressful thought, because you didn’t create it in the first place. A thought just appears. You’re not doing it. You can’t let go of what you have no control over. Once you’ve questioned the thought, you don’t let go of it, it lets go of you. It no longer means what you thought it meant. The world changes, because the mind that projected it has changed. Your whole life changes, and you don’t even care, because you realize that you already have everything you need.

This goes beyond simple awareness. You meet your thoughts with understanding, which means that you can love them unconditionally. And until you deeply see that not even thoughts exist, you may spend your whole life controlled by them or struggling against them. Just noticing your thoughts works while you’re meditating, but it may not work so well when you get the parking ticket or when your partner leaves you. Do you just notice your feelings without a residue? I don’t think so. We’re not there until we are. When we go inside and truly meet those thoughts with understanding, the thoughts change. They’re seen through. And then, if they ever arise again, we just experience clarity—a clarity that includes everyone.

In the midst of an ordinary American life—two marriages, three children, a successful career—BYRON KATIE entered a ten-year-long downward spiral into depression, agoraphobia, self-loathing, and suicidal despair. She drank to excess, her husband brought her pints of ice cream and codeine pills that she ate like candy, and she ended up weighing over two hundred pounds. She slept with a .357 Magnum revolver under her bed. Every day she prayed not to wake up the next morning, and it was only because of her concern for her children that she didn’t kill herself. For the last two years of this ordeal, she could seldom manage to leave her house; she stayed in her bedroom for days at a time, unable even to shower or brush her teeth. (“What’s the use?” she thought. “It all adds up to nothing anyway.”) Finally, in February 1986, at the age of forty-three, she checked herself into a halfway house for women with eating disorders—the only facility that her insurance company would pay for. The residents were so frightened of her that they put her in an attic bedroom and booby-trapped the staircase at night; they thought she might come down and do something terrible to them.

One morning, after about a week at the halfway house, Katie had a life-changing experience. As she lay on the floor (she didn’t feel worthy enough to sleep in a bed), a cockroach crawled across her ankle and down her foot. She opened her eyes, and all her depression and fear, all the thoughts that had been tormenting her, were gone. “While I was lying on the floor,” she says, “I understood that when I was asleep, prior to cockroach or foot, prior to any thoughts, prior to any world, there was—there is—nothing. In that instant, the four questions of The Work were born.” She felt intoxicated with joy. The joy persisted for hours, then days, then months and years.

When she went home, her children, who had lived in fear of her outbursts, could barely recognize her. Her eyes had changed. “The blue had become so clear, so beautiful,” her daughter, Roxann, says. “If you looked in, you could see that she was as innocent as a baby. She was happy all day long, every day, and she seemed to be brimming over with love.” She spent most of the time silent, sitting for hours on the window seat or out in the desert. Her younger son, Ross, says, “Before the change, I couldn’t look into her eyes; after it, I couldn’t stop looking into them.”

It took Katie years to learn how to speak about her state of being. She had no external context for her awareness; she had never read spiritual books or heard about spiritual practices. She just had her own experience to guide her, and all she needed was the inquiry that was alive in her.

Katie’s rebirth was more radical than the kind of conversion experience that William James documents in The Varieties of Religious Experience—so radical, in fact, that she had to relearn (or, from her perspective, learn) everything about being human: how to function in time and space, how to break reality apart into nouns and verbs so that she could communicate with people, how to pretend that past and future were real. And its effect was directly opposite from the usual conversion experience in that it didn’t result in the acceptance of a religious belief. Her clarity didn’t and couldn’t permit a single belief. It burned through religious concepts along with all other thoughts. After her awakening, she continued to feel—to be—the uninterrupted presence of the love she had awoken as. “I felt that if my joy were told,” she says, “it would blow the roof off the halfway house—off the whole planet. I still feel that way.”

During that first year, in the midst of her great joy, beliefs and concepts continued to arise in her mind. The way she dealt with them was through inquiry. She would often go out alone into the desert, which began just a few blocks away from her house in Barstow, California, to inquire into these thoughts.

Whenever a belief appeared in my mind—the big one was “My mother doesn’t love me”—it exploded in the body like an atom bomb. I noticed shaking, contraction, and the apparent annihilation of peace. The belief might also be accompanied by tears and a stiffening of the body. It might have appeared to an onlooker that I was affected from the toes to the top of the head with upset and sadness. But in fact, I always continued to experience the same clarity, peace, and joy that had arisen when I woke up on the floor in the halfway house, with no “I” left, no world, and laughter just pouring out of my mouth. The belief that had arisen would always fall away and dissolve in the light of truth. What shook the body was the remnant of the belief, which appeared as an uncomfortable feeling. From this discomfort I automatically knew that the belief wasn’t true. Nothing was true. The awareness of this was experienced as glorious humor—glorious, rapturous joy.

Inquiry continued for a year or so until all the beliefs and concepts were burned up. The method was tested in the laboratory of her experience, with a more stringent standard of sanity than even the most meticulous scientist of the mind could devise. Any thought or mental event that had the tendency to pull her off balance, anything that caused a reaction in her that was a diminishment of her peace and joy, was subjected to rigorous inquiry, until the thought was met with understanding. “I am someone who only wants what is,” Katie says. “To meet as a friend each concept that arose turned out to be my freedom. That’s where The Work begins and ends—in me. The Work reveals that you can love it all, exactly as it is. And it shows you exactly how.” By the end of this process, during the second year after her awakening, only the clarity remained.

Soon after Katie’s return from the halfway house, word spread in Barstow about a “lit lady,” and some people found themselves magnetically attracted to her and her freedom. As more and more people came to see her, she became convinced that what they needed, if anything, was not her personal presence, but a way to discover for themselves what she had realized. The Work is an embodiment of the wordless questioning that had woken up in her. She had lived and tested it. Now she formulated it, as if in slow motion, for other people to use. Over the past thirty-one years, it has helped millions of people around the world begin to free themselves from stress, frustration, anger, and sadness.