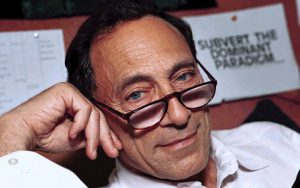 The transmission of information from the alien beings to the experiencers appears to be a fundamental aspect of the abduction phenomenon. Indeed, for some abductees, including Arthur and, to a certain degree, Paul and Eva, there is relatively little trauma; the experiences seem to be primarily informational or transformational in character.

Information during abductions appears to be transmitted in two forms-by direct, mind-to-mind conveyance, or through the depiction of phenomena or events on television-like screens. As in Catherine’s case, an entire conference room setting was displayed for her benefit in order, apparently, to create the right conditions for communicating with her about the state of the earth’s living systems.

The information that abductees receive is concerned primarily with the fate of the earth in the wake of human destructiveness. Scenes are shown of the planet wasted by nuclear war and especially of the earth’s environment devastated by pollution and toxic clouds. Sara and Arthur, for example, were shown great black clouds or “blobs” suffocating the earth’s living systems, the effect presumably of environmental catastrophe. A number of abductees have been shown apocalyptic images of the earth itself literally cracked open or broken up, followed by elaborate triage scenes in which ·some people will die, others will survive in some way on Earth, and still others will be transported to some other place where human life will continue in a new way.

It is not clear what to make of these images. Although as prophetic visions they may be viewed metaphorically by outsiders, for the abductees themselves they are experienced with conviction, as literal and concrete. The visions cause great sadness. In Ed’s case, even the spirit beings themselves have been afflicted by human folly and destructiveness. Scott is typical of experiencers who have received information from the aliens about past destruction of their planet or environment. Now they are seen as trying to prevent a recurrence.

Although the alien beings appear to some experiencers to be intervening to alter our consciousness in such a way that our aggression would be reduced, they seem genuinely puzzled regarding the degree of our apparently mindless or gratuitous destructiveness. As they communicated to Paul, they do not understand why we would set about to destroy a realm of such transcendent beauty, and they seem in some awkward way determined to stop us from doing so. Environment, as Sara has said, means much more than nature or our physical ecology. It refers to the entire context of life itself. It is, in her words, “the creative, life-affirming” place of unconditional love. “You are your environment,” she said. The aliens seem to be concerned with our “environment” in this total sense.

He won the Pulitzer Prize in Biography in 1977 for A Prince of Our Disorder, his biography of T. E. Lawrence, a British officer stationed in the Middle East who became known as “Lawrence of Arabia”.

Dr Mack embraced a worldview inspired by elements of spiritual and philosophical traditions which hold that we are all connected to one another.

The theme of “connection” to other life was explored most boldly in his study of men and women who reported that recurrent “alien encounter” experiences had affected the way they regarded the world, including a heightened sense of spirituality and environmental concern. Mack’s interest in the transformational aspects of these extraordinary experiences, and his suggestion that the experience may be more transcendent than physical in nature – yet nonetheless real – was largely reported in the media as a simple endorsement of the reality of alien encounters.

Earlier in his career, he explored how this sense of “connection” developed between different cultures, interviewing political leaders and citizens of the then-Soviet Union and Israel/Palestine in the study of ethno-national conflict and the nuclear arms race.

In the 1980s, Mack interviewed many international political figures as part of his research into the root causes of the Cold War, including former President Jimmy Carter and the “father of the hydrogen bomb”, Edward Teller. Together with luminaries such as Carl Sagan, Mack and other Physicians for Social Responsibility (the US affiliate of International Physicians for the Prevention of Nuclear War) promoted the elimination of nuclear weapons and an end to the simmering conflict between the United States and the USSR. Emboldened by the organization’s receipt of the Nobel Peace Prize in 1985, Mack, Sagan, and 700 other academics walked upon the grounds of the Nevada Test Site in the summer of 1986, setting a civil disobedience record for that nuclear weapons testing facility.

Dr Mack suggested that a materialist worldview was the root cause of long-simmering conflicts between the West and other cultures, and was responsible for the global ecological crisis. A shift in perspective was required, he suggested, to restore people’s appreciation of connections to one another and to the natural world.

Mack’s final published book, Passport to the Cosmos: Human Transformation and Alien Encounters (1999), was as much a philosophical treatise connecting the themes of spirituality and modern worldviews as it was the culmination of his work with “experiencers” of alien encounters.