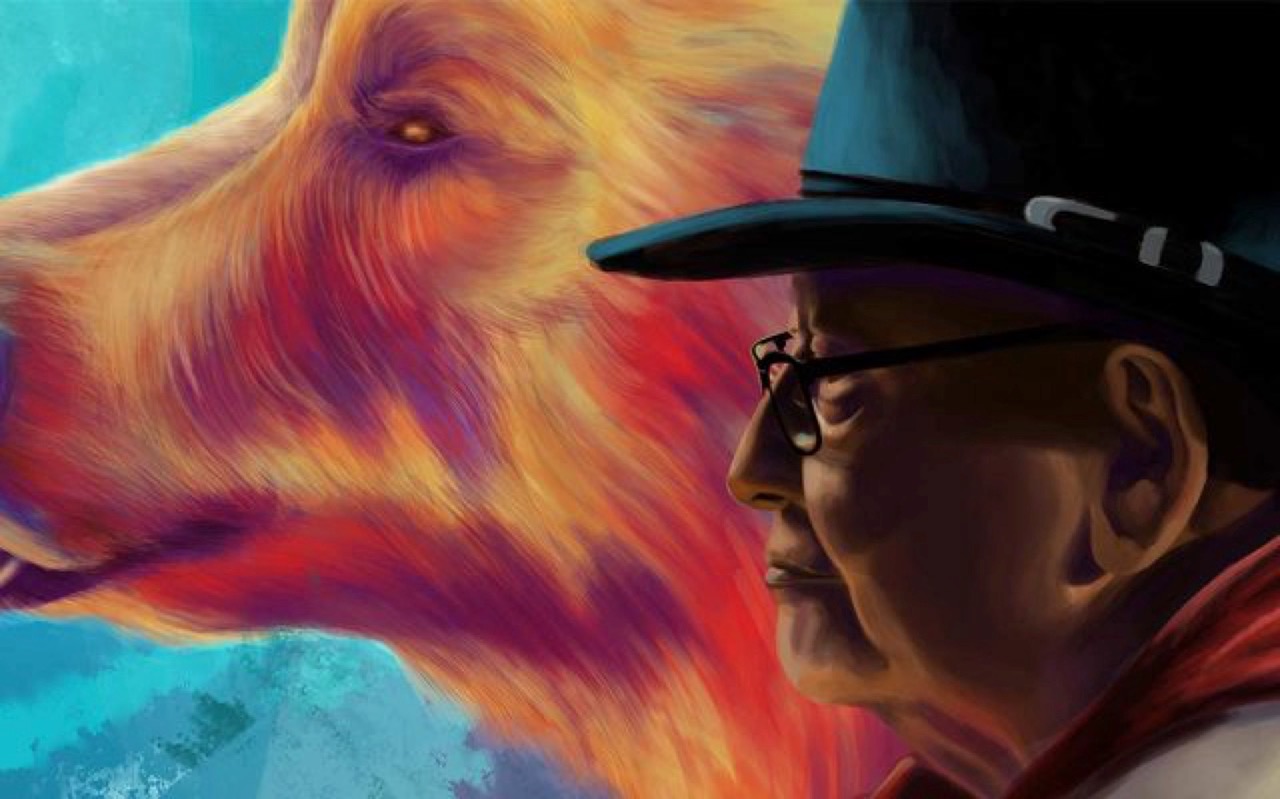 After earning fame in the 1960s as the nation’s preeminent Native American fiction writer, N. Scott Momaday kindles the stories of his ancestral peoples, revealing who they—and he—are today.

I was a boy of twelve when my parents and I moved to Jemez Pueblo, New Mexico, in 1946.  There was a village of a thousand people, three telephones, two windmills, three or four pickups and no automobiles.  But there were horses and wagons.  There were cornfields and orchards, there were beehive ovens and brilliant strings of chilies, and there was an ancient architecture that proceeded immediately from the earth.  There was an immense and incomparable landscape, full of light and color.  And there were people of great dignity and good will and generosity of spirit.  It was a place of singular beauty and wonder and delight.

My first Christmas there was beyond my imagining.  On Christmas Eve the bonfires were lighted, and sparks rose among the stars.  The air was cold and crisp and scented with sweet smoke.  The night sky was radiant; the silence was vast and serene.  In all the years of my life I have not gone farther into the universe.  I have not known better the essence of peace and the sense of eternity.  I have come no closer to the understanding of the most holy.

Navarre Scott Momaday (February 27, 1934 – ) was born in Lawton, Oklahoma. When he was 1 year old, his parents moved from the Kiowa Indian reservation to Arizona and he and grew up in close contact with the Navajo and San Carlos Apache communities. He graduated from the University of New Mexico and continued on to Stanford University, where he received a poetry fellowship for Creative Writing. In 1963, he received a doctorate in English literature. He has taught at the Universities of Stanford, Arizona, UC Berkeley, and UC Santa Barbara, and has been a visiting professor at Columbia, Princeton, and in Moscow. At UC Berkeley, he designed the graduate program for Indian Studies.

An internationally acclaimed poet, novelist, playwright, storyteller, artist, and teacher, his first novel, House Made of Dawn received the Pulitzer Prize for fiction in 1969. In 2007, President George W. Bush awarded him with the National Medal of Arts for his works that embrace and celebrate Native American culture. Throughout Momaday’s life, he has been honored with many prestigious awards, including the Golden Plate Award from the American Academy of Achievement, an Academy of American Poets Prize, and an award from the National Institute of Arts and Letters. He is recipient of a Guggenheim Fellowship, as well as a fellowship for the American Academy of Arts and Sciences. He holds twelve honorary degrees from American colleges and universities.

A Man Made of Words, Univ, of California