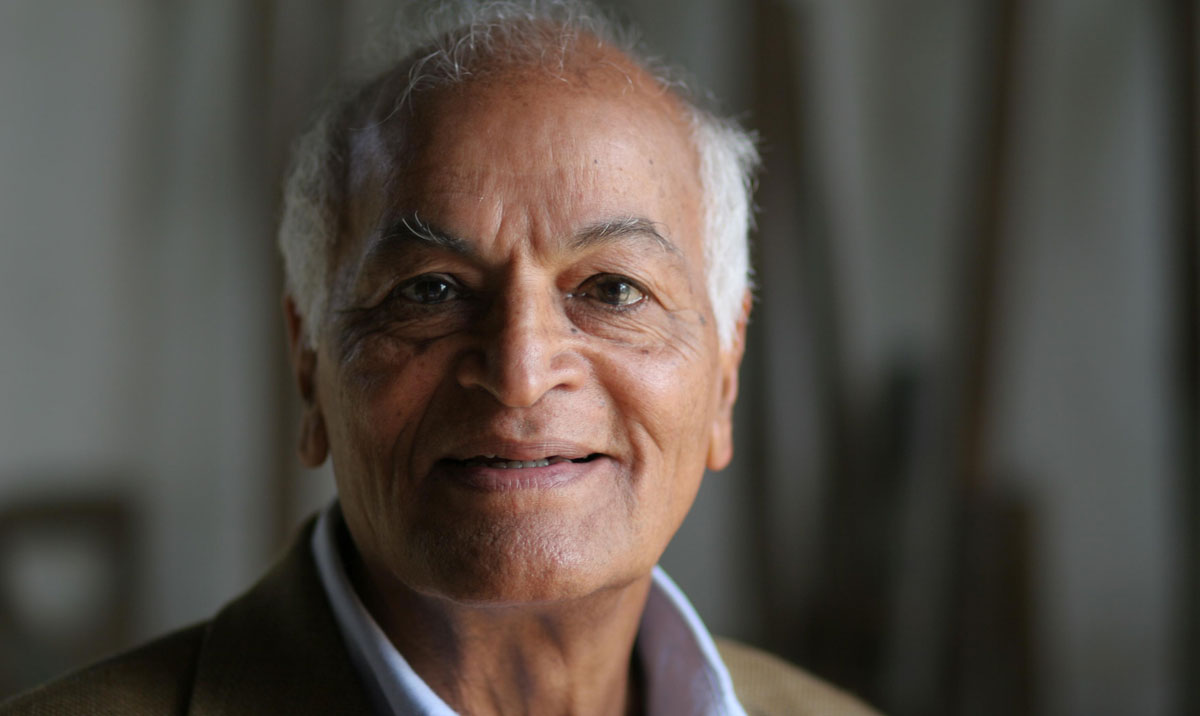 We live under the power of Modern Consciousness, which means that we are obsessed with progress. Wherever you are is not good enough. We always want to achieve something, rather than experience something. The opposite of this is Spiritual Consciousness. By that I mean you find enchantment in every action you do, rather in just the results of your action. Spiritual Consciousness is not a particular religion but a way of being.

The future well being of humanity and the earth is dependent on a new world view in which the care of the planet, nourishment of the soul and the nurturing of the human community are integrated and seen as a continuum.

As the trinity of Egalité, liberté and fraternité, we need a new trinity for the age of ecology which has wholeness, integrity and cohesion. I propose the trinity of soil, soul and society.

Our reverence for the earth, our care of the soul and a just order in society represent a vision of sustainability, spirituality and justice.

A brief glance at the life of SATISH KUMAR, Editor-in-Chief of Resurgence & Ecologist magazine and co-founder of Schumacher College

A former monk and long-term peace and environment activist, Satish Kumar has been quietly setting the global agenda for change for over 50 years. He was just nine when he left his family home to join the wandering Jains, and 18 when he decided he could achieve more back in the world, campaigning for land reform in India and working to turn Gandhi’s vision of a renewed India and a peaceful world into reality.

Inspired in his early 20s by the example of the British peace activist Bertrand Russell, Satish embarked on an 8,000-mile peace pilgrimage. Carrying no money and depending on the kindness and hospitality of strangers, he walked from India to America, via Moscow, London and Paris, to deliver a humble packet of ‘peace tea’ to the then leaders of the world’s four nuclear powers.

In 1973, Satish settled in the United Kingdom taking up the post of editor of Resurgence magazine, a position he has held ever since, making him the UK’s longest-serving editor of the same magazine. During this time, he has been the guiding spirit behind a number of now internationally respected ecological and educational ventures including, Schumacher College in South Devon, where he is still a Visiting Fellow.

In his 50th year, Satish undertook another pilgrimage – again carrying no money.  This time, he walked 2,000 miles to the holy places of Britain, a venture he describes as a celebration of his love of life and nature. In July 2000 he was awarded an Honorary Doctorate in Education from the University of Plymouth. In July 2001, he received an Honorary Doctorate in Literature from the University of Lancaster.  And in the November of that same year, he was presented with the Jamnalal Bajaj International Award for Promoting Gandhian Values Outside India.

His autobiography, No Destination, first published by Green Books in 1978, has sold over 50,000 copies. He is also the author of You Are, Therefore I Am: A Declaration of Dependence, The Buddha and the Terrorist and Earth Pilgrim.

In 2005, Satish was Sue Lawley’s guest on Radio 4’s Desert Island Discs. In 2008, as part of BBC2’s Natural World series, he presented a 50-minute documentary from Dartmoor, which was watched by over 3.6 million people. He appears regularly in the printed media and a range of radio programmes including Thought for the Day and Midweek.

Satish is on the advisory board of Our Future Planet, a unique online community sharing ideas for real change, and in recognition of his commitment to animal welfare and compassionate living, he was recently elected vice president of the RSPCA. He continues to teach and run workshops on reverential ecology, holistic education and voluntary simplicity and is a much sought-after speaker both in the UK and abroad.