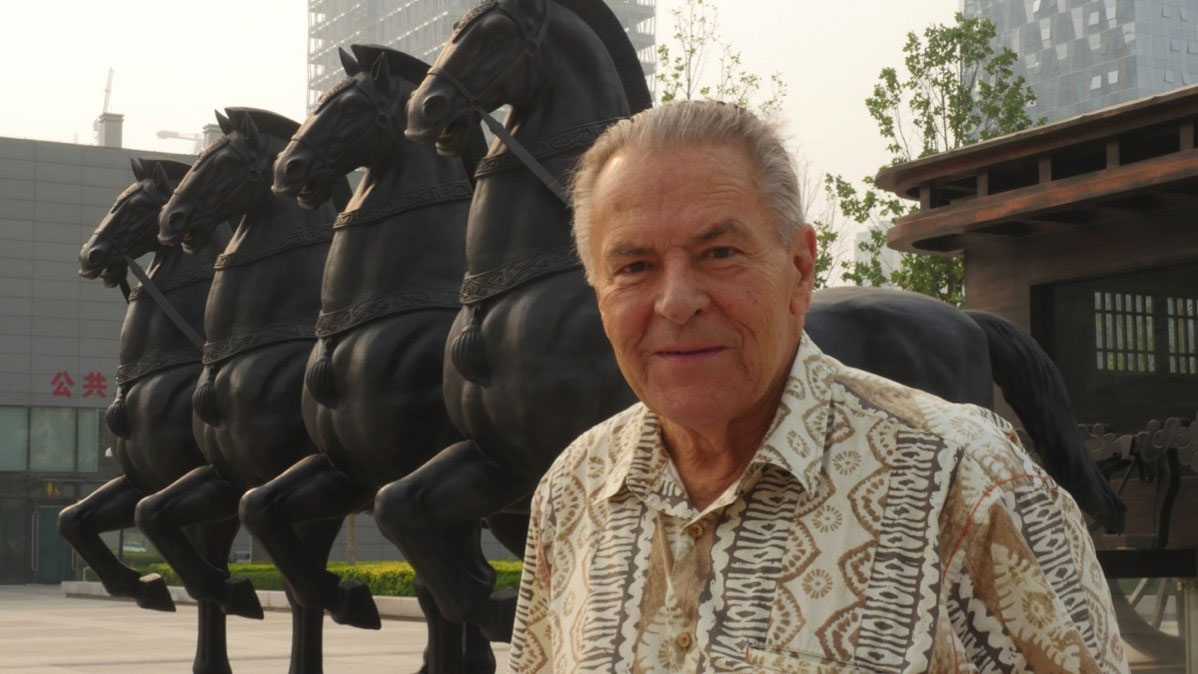 Search for a New Planetary Myth

Scholars, such as Arnold Toynbee and Joseph Campbell noticed that all cultures of the past were governed by an underlying myth or a combination of myths. Joseph Campbell often raised the question: “What are the myths that are driving the Western civilization?” He himself emphasized the importance of the Search for the Holy Grail myth in its relation to individualism characterizing Western society. We can also think about the two major myths of the modern era: Paradise Lost vs. Ascent of Man. Equally appropriate seems to be the motif of the Abduction and Rape of the Feminine, Death/Rebirth Struggle, and a variety of others – Faust, Sorcerer’s Apprentice, Frankenstein, Prodigal Son, Tower of Babel, etc.

Joseph Campbell also often asked: what will be the myth of the future and he expressed his hope that it would involve overcoming fragmentation and creating a planetary civilization, where people would live in harmony with others and with nature, benefiting from the astonishing discoveries of science and technology, but using them with wisdom coming from a deep spiritual place (New Atlantis). Achievement of this goal would also involve psychospiritual rebirth and liberation and return of the feminine.

Since we are talking about planetary civilization, I would like to mention a very interesting observation that seems very relevant in this regard. One of the most surprising discoveries in my work with psychedelics and with the holotropic breathwork was the ease with which individuals in holotropic states of consciousness (including myself) transcended historical and geographical boundaries and experienced archetypal figures, motifs, and domains from just about any culture in human history. Over the years, I have myself have experienced in my own psychedelic sessions episodes from many different mythologies and religions of the world – Hindu, Buddhist, Tibetan Buddhist, Moslem, Christian, Egyptian, Shinto, Australian Aborigine, Native American, South American, and others.

This has to be a new phenomenon. Many other cultures had and used powerful mind-altering technologies, including psychedelic plants. Had the collective unconscious in its entirety been as easily accessible for them as it seems to be for modern subjects, we would not have distinct culture-specific mythologies. We have to assume that, for example, the Tibetans experienced primarily Tibetan deities and Huichol Indians in Mexico Huichol deities. There are no descriptions of the Dear Spirit or Grandfather Fire in the Bardo Thodol or those of the Dhyani Buddhas in the Huichol lore.

It seems that this increased accessibility of various domains in the collective unconscious parallels what is happening in the material world. Until the end of the fifteenth century, Europeans did not know anything about the New World and its inhabitants and vice versa. Many human groups in remote parts of the world remained unknown to the rest of the world until the modern era. Tibet was relatively isolated until the Chinese invasion in 1949. Today telephone, short-wave radio stations, television, jet travel, and more recently the Internet have dissolved many of the old boundaries. Let us hope that what is happening in the inner and the outer world are indications that we are moving toward a truly global civilization.

STANISLAV GROF, M.D., is a psychiatrist with over sixty years of experience in research of non-ordinary states of consciousness and one of the founders and chief theoreticians of transpersonal psychology. He was born in Prague, Czechoslovakia, where he also received his scientific training: an M.D. degree from the Charles University School of Medicine and a Ph.D. degree (Doctor of Philosophy in Medicine) from the Czechoslovakian Academy of Sciences. He was also granted honorary Ph.D. degrees from the University of Vermont in Burlington, VT, Institute of Transpersonal Psychology in Palo Alto, CA, and the World Buddhist University in Bangkok, Thailand.

Dr. Grof’s early research in the clinical uses of psychedelic substances was conducted at the Psychiatric Research Institute in Prague, where he was principal investigator of a program that systematically explored the heuristic and therapeutic potential of LSD and other psychedelic substances. In 1967, he received a scholarship from the Foundations Fund for Research in Psychiatry in New Haven, CT, and was invited as Clinical and Research Fellow to the Johns Hopkins University and the Research Unit of Spring Grove Hospital in Baltimore, MD.

In 1969, Dr. Grof became Assistant Professor of Psychiatry at the Johns Hopkins University and continued his research as Chief of Psychiatric Research at the Maryland Psychiatric Research Center in Catonsville, MD. In 1973, he was invited as Scholar-in-Residence to the Esalen Institute in Big Sur, California, where he developed, with his late wife Christina Grof, Holotropic Breathwork, an innovative form of experiential psychotherapy that is now being used worldwide.

Dr. Grof is the founder of the International Transpersonal Association (ITA) and for several decades served as its president. In 1993, he received an Honorary Award from the Association for Transpersonal Psychology (ATP) for major contributions to and development of the field of transpersonal psychology, given at the occasion of the 25th Anniversary Convocation held in Asilomar, California.

In 2007, he received the prestigious >VISION 97< lifetime achievement award from the Foundation of Dagmar and Václav Havel in Prague, Czechoslovakia. In 2010, he received also the Thomas R. Verny Award from the Association for Pre- and Perinatal Psychology and Health (APPPAH) for his pivotal contributions to this field. He was also invited as a consultant for special effects in the Metro Goldwyn Meyer science fiction movie Brainstorm and 20th Century Fox science fiction movie Millenium.

Currently, Dr. Grof is Professor of Psychology at the California Institute of Integral Studies (CIIS) in the Department of Philosophy, Cosmology, and Consciousness in San Francisco, CA; he has also taught at Wisdom University in Oakland, CA, and the Pacifica Graduate School in Santa Barbara.

Among his publications are over 160 articles in professional journals and the books:

The Way of the Psychonaut Vol.1 & 2,  LSD: Doorway to the Numinous; Beyond the Brain; LSD Psychotherapy; The Cosmic Game; Psychology of the Future; The Ultimate Journey; When the Impossible Happens; Books of the Dead; Healing Our Deepest Wounds; Modern Consciousness Research and the Understanding of Art; Beyond Death; The Stormy Search for the Self; Spiritual Emergency; and Holotropic Breathwork (the last four with Christina Grof).

Since April 2016, he has been happily married to Brigitte Grof. They live together in Germany and California and travel the inner and outer worlds in tandem, conducting seminars and Holotropic Breathwork workshops worldwide.