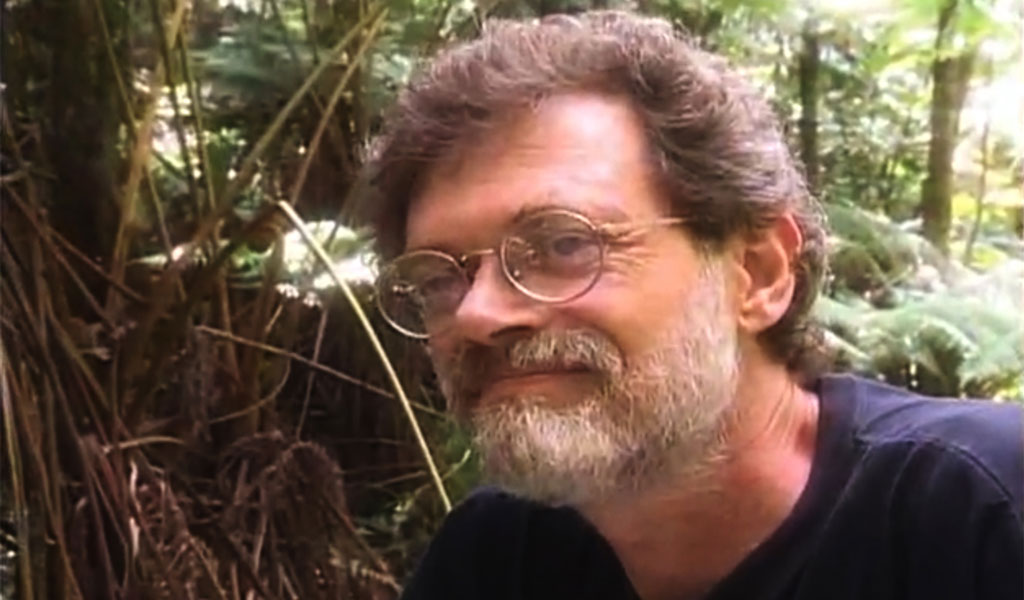 “If the truth can be told so as to be understood it will be believed.”

Human history represents such a radical break with the natural systems of biological organization that preceded it, that it must be the response to a kind of attractor or dwell point that lies ahead in the temporal dimension.

Persistently, western religions have Integrated into their theologies the notion of a kind of end of the world, and I think that a lot of psychedelic experimentation sort of confirms this intuition. I mean, it isn’t going to happen according to any of the scenarios of orthodox religion, but the basic intuition that the universe seeks closure in a kind of omega point of transcendence is confirmed. It’s almost as though this object in hyperspace—glittering In hyperspace—throws off reflections of itself, which actually ricochet into the past, illuminating this mystic; inspiring that saint or visionary; and that out of these fragmentary glimpses of eternity, we can build a kind of a map of not only the past of the universe and the evolutionary ingression into novelty but a kind of map of the future.

This is what shamanism has always been about. A shaman is someone who has been to the end. It’s someone who knows how the world really works, and knowing how the world really works means to have risen outside, above, beyond the dimensions of ordinary spacetime and casuistry, and actually seen the wiring under the board; stepped outside the confines of learned culture, and learned an embedded language into the domain of what Wittgenstein called “the unspeakable”: the transcendental presence of the other, which can be sectioned in various ways to yield systems of knowledge, which can be brought back into ordinary social space for the good of the community. So, in the context of 90% of human culture, the shaman has been the agent of evolution, because the shaman learns techniques to go between ordinary reality and the domain of the ideas: this higher dimensional continuum that is somehow parallel to us, available to us, and yet ordinarily occluded by cultural convention, out of the fear of the mystery (I believe), and what shamans are, are people who have been able to de-condition themselves from the community’s instinctual distrust of the mystery, and to go into it, to go into this bewildering higher dimension, and gain knowledge: recover the jewel lost at the beginning of time, save souls, cure, commune with the ancestors, and so forth and so on.

Shamanism is not a religion: it’s a set of techniques, and the principal technique is the use of psychedelic plants. What psychedelics do is they dissolve boundaries, and in the presence of dissolved boundaries one cannot continue to close one’s eyes to the ruination of the earth, the poisoning of the seas, and the consequences of two thousand years of unchallenged dominator culture based on monotheism, hatred of nature, suppression of the female, and so forth and so on.

So, what shamans have to do is act as exemplars by making this cosmic journey to the domain of the Gaian ideas, and then bringing them back in the form of art, to the struggle to save the world. The planet has a kind of intelligence, that it can actually open a channel of communication with an individual human being.

The message that nature sends is: Transform your language through a synergy between electronic culture and the psychedelic Imagination: a synergy between dance and idea; a synergy between understanding and intuition; and dissolve the boundaries which your culture has sanctioned between you; become part of this Gaian supermind.

I mean I think it’s fairly profound; it’s fairly apocalyptic. History is ending. I mean, we are to be the generation that witnesses the revelation of the purpose of the cosmos. History is the shock wave of the eschaton; history is the shock wave of eschatology, and what this means for those of us who will live through this transition into hyperspace is that we will be privileged to see the greatest release of concresced change probably since the birth of the universe.

The 20th century is the shudder that announces the approaching cataracts of time over which our species and the destiny of this planet is about to be swept.

TERENCE MCKENNA (November 16, 1946 – April 3, 2000) was an American ethnobotanist, mystic, psychonaut, lecturer, author, and an advocate for the responsible use of naturally occurring psychedelic plants. He spoke and wrote about a variety of subjects, including psychedelic drugs, plant-based entheogens, shamanism, metaphysics, alchemy, language, philosophy, culture, technology, environmentalism, and the theoretical origins of human consciousness. He was called the “Timothy Leary of the ’90s”, “one of the leading authorities on the ontological foundations of shamanism”, and the “intellectual voice of rave culture”.

McKenna formulated a concept about the nature of time based on fractal patterns he claimed to have discovered in the I Ching, which he called novelty theory, proposing this predicted a transition of consciousness in the year 2012. His promotion of novelty theory and its connection to the Maya calendar is credited as one of the factors leading to the widespread beliefs about 2012 eschatology.

In the early 1980s, McKenna began to speak publicly on the topic of psychedelic drugs, becoming one of the pioneers of the psychedelic movement. His main focus was on the plant-based psychedelics such as psilocybin mushrooms, ayahuasca, cannabis, and the plant derivative DMT. He conducted lecture tours and workshops promoting natural psychedelics as a way to explore universal mysteries, stimulate the imagination, and re-establish a harmonious relationship with nature. Though associated with the New Age and Human Potential Movements, McKenna himself had little patience for New Age sensibilities. He repeatedly stressed the importance and primacy of the “felt presence of direct experience”, as opposed to dogma.

In addition to psychedelic drugs, McKenna spoke on a wide array of subjects including; shamanism; metaphysics; alchemy; language; culture; self-empowerment; environmentalism, techno-paganism; artificial intelligence; evolution; extraterrestrials; science and scientism; the Web; virtual reality (which he saw as a way to artistically communicate the experience of psychedelics); and aesthetic theory, specifically about art/visual experience as information representing the significance of hallucinatory visions experienced under the influence of psychedelics.

McKenna published several books in the early-to-mid-1990s including The Archaic Revival; Food of the Gods; and True Hallucinations. Hundreds of hours of McKenna’s public lectures were recorded either professionally or bootlegged and have been produced on cassette tape, CD and MP3. Segments of his talks have gone on to be sampled by many musicians and DJ’s.

McKenna was a colleague and close friend of chaos mathematician Ralph Abraham, and author and biologist Rupert Sheldrake. He conducted several public and many private debates with them from 1982 until his death. These debates were known as trialogues and some of the discussions were later published in the books: Trialogues at the Edge of the West and The Evolutionary Mind.

I always thought death would come on the freeway in a few horrifying moments, so you’d have no time to sort it out. Having months and months to look at it and think about it and talk to people and hear what they have to say, it’s a kind of blessing. It’s certainly an opportunity to grow up and get a grip and sort it all out. Just being told by an unsmiling guy in a white coat that you’re going to be dead in four months definitely turns on the lights. … It makes life rich and poignant. When it first happened, and I got these diagnoses, I could see the light of eternity, à la William Blake, shining through every leaf. I mean, a bug walking across the ground moved me to tears.