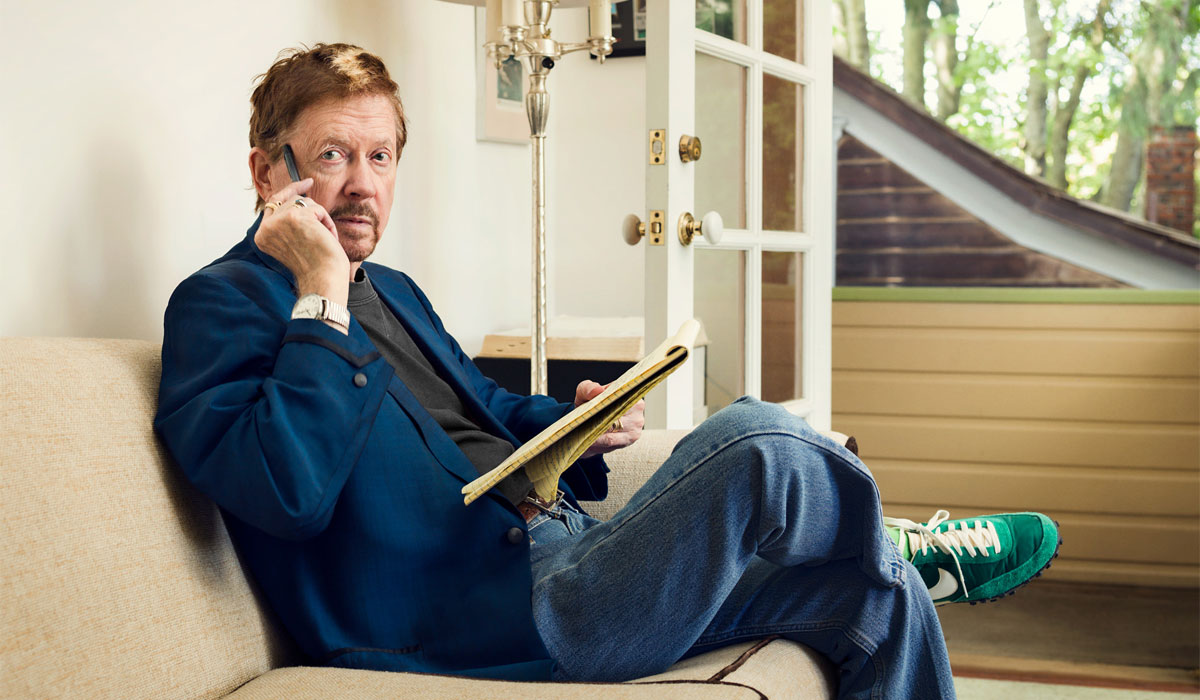 Cat on A Hot Tin: Our Lives Are Novels And Reality Is Made Of Words

The tin can was invented in 1811. The can opener wasn’t invented until 1855. In the intervening 44 years, would-be consumers had to access their pork and beans with a hammer and chisel.

Suspecting mainstream literature not to mention orthodox religion, psychoanalysis, Marxism, consumerism, academism, and 99 per cent of self-realization techniques to be a collection of dull chisels and rubber hammers, my aim (unrealistic perhaps) has been to try to write novels that might function as can openers in the supermarket of life.

Or (changing metaphors in midstream), I could say that my goal has been to twine ideas and images into big subversive pretzels of life, death and goofiness, on the chance that they might help keep the world lively and give it the flexibility to endure.

Some time ago, I reached the conclusion that we are in this existence to enlarge our souls, light up our brains and liberate our spirits. Pondering the role that language, imagination, humor, sexuality, risk, attitude, spirituality, and altered states of consciousness play in that process is what keeps the little feet running in my hamster cage.

It’s probably unnecessary to point this out, but I wish to make it clear that I’m neither a New Ager nor an Old Ager, neither a prophet nor a guru, but rather, just another glad fool on the left-handed path: dodging the ego, romancing the Mystery, spilling the wine, and, above all, celebrating language, that magical reticulum of words into which human reality is forever dissolving and from which it continually reemerges, having invented itself anew. The noun in the lotus. The jewel in the inkwell. Green dolphins leaping from a sink of dirty dishes.

TOM ROBBINS is an American novelist noted for his eccentric characters, playful optimism, and self-conscious wordplay.

Robbins was educated at Washington and Lee University, Richmond Professional Institute, and the University of Washington. He served in the U.S. Air Force, hitchhiked across the United States, and worked as a journalist and art critic. His first two novels became popular only when they were released in paperback editions. Another Roadside Attraction (1971), anchored by extensive research into early Christianity, is about a native of rural Washington who steals the mummy of Jesus Christ. Even Cowgirls Get the Blues (1976; filmed 1994) is the story of a female hitchhiker with enormous thumbs who visits a woman’s spa in South Dakota.

Robbins’s later novels include Still Life with Woodpecker (1980); Jitterbug Perfume (1984), which centres on a medieval king who lives for 1,000 years before becoming a janitor in Albert Einstein’s laboratory; Skinny Legs and All (1990), a fantastical novel that follows five inanimate objects on a journey to Jerusalem while exploring the Arab-Israeli conflict and religious fundamentalism, among other political themes; Half Asleep in Frog Pajamas (1994); Fierce Invalids Home from Hot Climates (2000), the story of a hedonistic CIA operative who is cursed by a Peruvian shaman to forever keep his feet off the ground lest he die; and Villa Incognito (2003). Wild Ducks Flying Backward (2005) is a collection of assorted writings that includes essays, travelogues, and poems; and B Is for Beer (2009), both a children’s book for grownups and a grown-up book for children. The memoir Tibetan Peach Pie: A True Account of an Imaginative Life was published in 2014.

Robbins was named by Writer’s Digest as one of the “Top 100 Writers of the 20th Century,” and has been recognized with numerous awards, including honored in 2001 as Willamette Writers’ Distinguished Northwest Writer. In October 2012, Robbins received the 2012 Literary Lifetime Achievement Award from the Library of Virginia. His 9 novels have sold millions.